"The most complex part of the arm is obviously the palm with 4 fingers and a thumb. The thumb can be bent and raised/lowered, whereas the remaining 4 fingers have two joints in each of them. The index finger was operated independently, and it was fairly possible to operate every finger individually, except that it would take two times more pneumatic hoses, which were already quite numerous (8 of these was going through the arm).

The palm can be theoretically rotated through full 360 degrees, but I never actually tried it for the sake of the hoses in the wrist. The whole arm was heavy and a bending under its weight a bit, but it worked well. I think it was pretty satisfactory for something that was built in just two days." 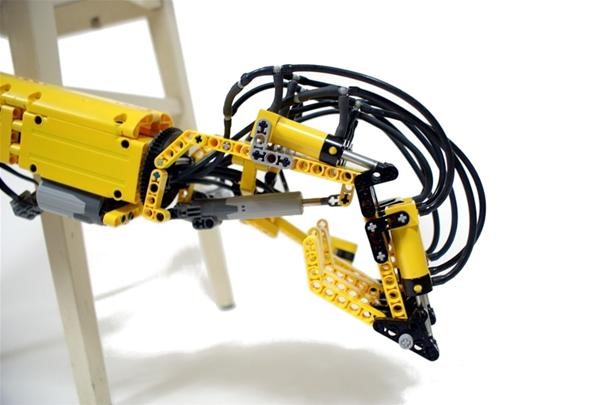 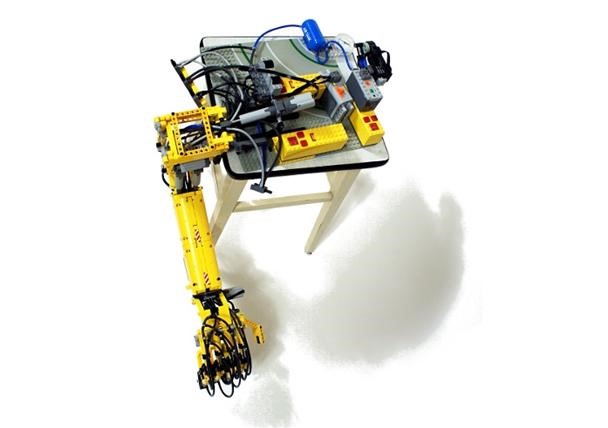 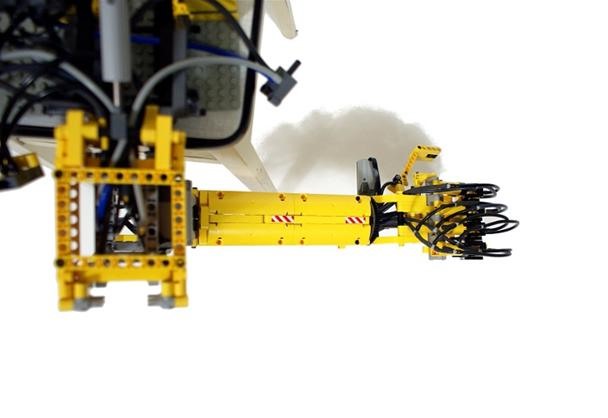 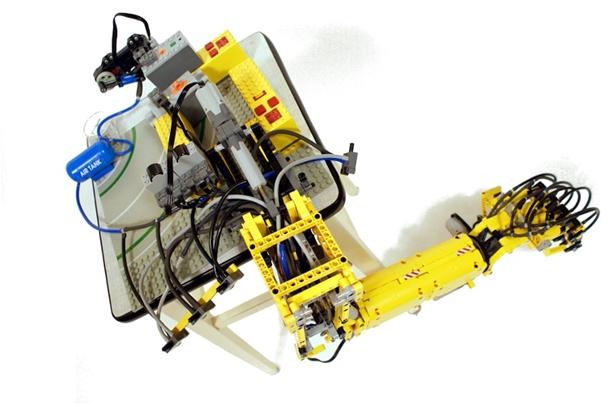 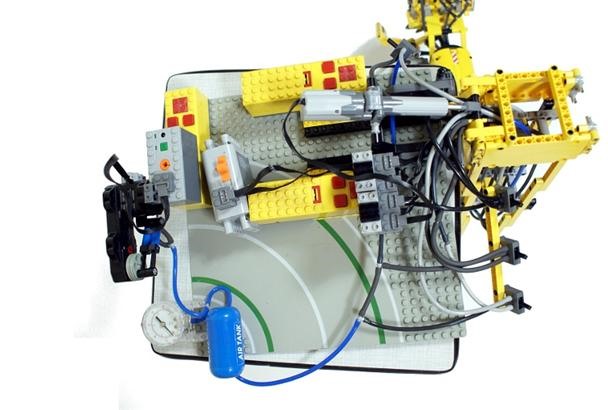